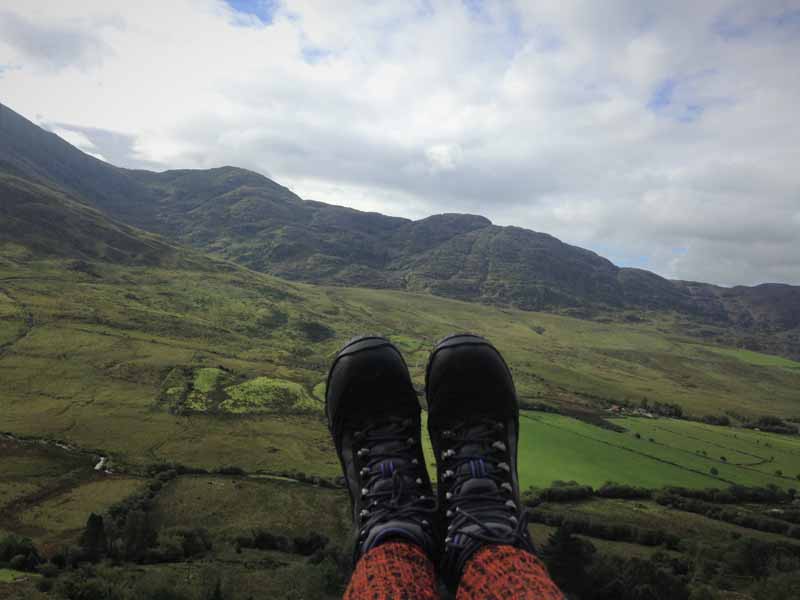 You should not go to the mountains alone. Because you never know what might suddenly happen. A woman who stayed with us last year also said that she would be fine on the hike to Carrantuohill, but she got stuck in a crack and had to be rescued by helicopter.

-so said John, when I announced that tomorrow I am going to the mountains alone. And he was right, but my desire to climb was stronger than fear that the wind would blow me off the ridge of the higgest mountain of Ireland.

I do not know if this is how mountains lovers feel?

The next morning, I put on melange socks and my hiking boots. I packed my backpack with a double sandwich prepared by John. I also took a big chocolate, a peach drink, and water. That was pretty little for me. However, I had a great breakfast (porridge with lots of fruit and scrambled eggs with salmon) prepared in Stepping Stone – cozy B&B which John Heppell and his wife Sandy Heppell have been running for years.

Outside the wooden gate of B&B, across the path, in the Bridia Valley, and in the middle of Macgillycuddy’s Reeks – the highest peaks of the mountain, I climbed a step over the fence and go up a stream. From the beginning it was very up. The sun was shining, so I only stayed in a T-shirt with the Superman’s logo (read Superwoman) 😊

The mountains under my feet were grassy and rocky, and those in the distance looked like brown elephants. Along the trail, the gorse of the Kerry Plateau gleamed wonderfully yellow. While the climbing, when I grabbed rocks and bushes, I had to be careful to be not pricked .

Higher it was more purple from heather. Ahhh, I could hide in them and lie for hours. However, I had to slalom through the swamps, which surprised me a bit that it can be so wet at such a height.

When I walked through Macgillycuddy’s Reeks, I enjoyed the silence and solitude, but I was not really alone because I met sheep so often. Fluffy, with black heads and long, woolen and broad tails. For the first time I saw what sheep tails really look like, they are not as miniature as I usually glued onto my hand-made postcards.

I tried not to scare them by walking nearby, because sheep run away when they see people. So, I tried to not disturb their natural environment. So, later, when I was sitting at the grass or on a rock, they were coming to me. One ram smiled once, and I saw his white teeth. I also heard another sheep sneezing. Did, I think?

They can looks like hills, sometimes,  but during the climbing you can quickly turn out that they are challenging as the Tatra Mountains. Only the differences from Polish mountains is the lack of marked trails and also very often lack of people. So, usually you have to find your own way going to the top. There are few ways to get Carrontuohill and all of them are not easy. The most popular is through the Devil Ladder, but the name speaks for itself. Mostly, you start to hike straight through pastures where sheep graze. It is not uncommon to have to jump over rushing streams. I was walking from Bridia Valley on the trail marked on the map by John.

Alone on the ridge

When I finally reached the top of Curraghmore. This was below the peaks of Cahar and Carrantouhill. I perched on the rock in delight and then a large butterfly tapped me on the forehead. I do not think it sees wanderers here. 😊

I was sitting on the rock edge for almost 30 minutes in contemplation of amazing view. The range of increasingly mysterious mountains stretched for miles, valleys meandering below, the lakes glistened.  The Kerry Plateau surrounded me. After so many years in Ireland, seeing Kerry took my breath away. While looking at Carrantuhil, I decided that I should not go further myself. The bare ridge looked really scary. I was not mistaken, guides recommend this route for experienced climbers.

In the mountains the road likes to get longer

When I turned to go back, to my surprise I saw everything from a different perspective. I must have crossed 5 huge hills, and the fence that seemed to mark the trail disappeared. I was a bit scared, but the weather was perfect so I managed it. As a hobbit I was jumping up and down huge hills, I was reminded of “Picnic at Hanging Rock”. Maybe, that is mountains are like. They change our view not only on ourselves, but also on the path we follow.

My husband, Sandy and John were waiting for me downstairs in Bridia Valley. In the evening, Katlyn returned for dinner. She was climbing on the Carrantuohill with a guide ( good idea!), From a completely different angle. There were also two New Zealand hikers who were walking through Kerry Way.

In them B&B, Sandy and John have also Cookies Monster’s Cafe – a good stop to take a rest if you walk through the mountains. They serve food in the evening as well, if you book a table.

Food there is like in the French restaurant. Exaotically tasty and beautifull presented with rare bottle of wine and five-star home service. We were sharing our impression from the day and devoured a fish from the local river. Outside the window, a thin fog was covering the mountains. The mountains almos peek into our plates. There was a guitar in the corner.

Next year we will sing the song together

– said Sandy for the goodbye. Next morning we were driving the car through the valley and turned to the spectacular serpentines and we said GOODBYE, slowly to Macgillycuddy’s Reeks.

Now, I dream of the mountains every day.

Hey, Carrantuohill! We gonna come back!

What do you think about this post? I will appreciate your feedback!

Do you like to hike in the mountains, too? 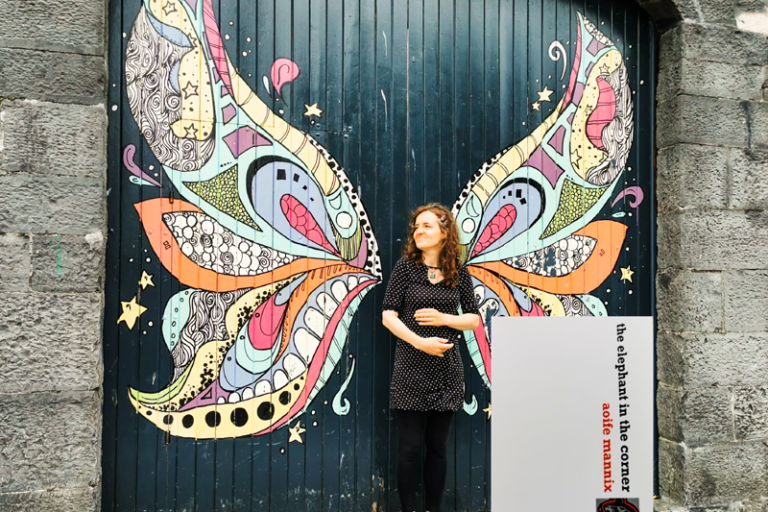 Can the elephant fly? 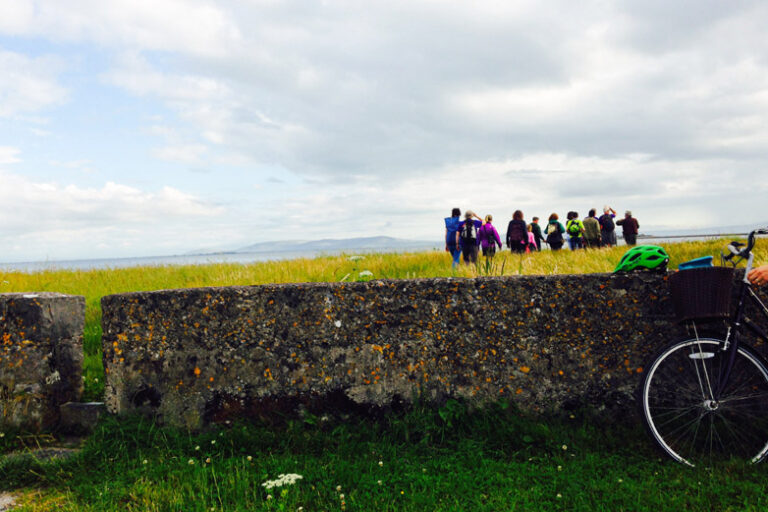 There Is Time For Clean-Up Beach and Birdwatch 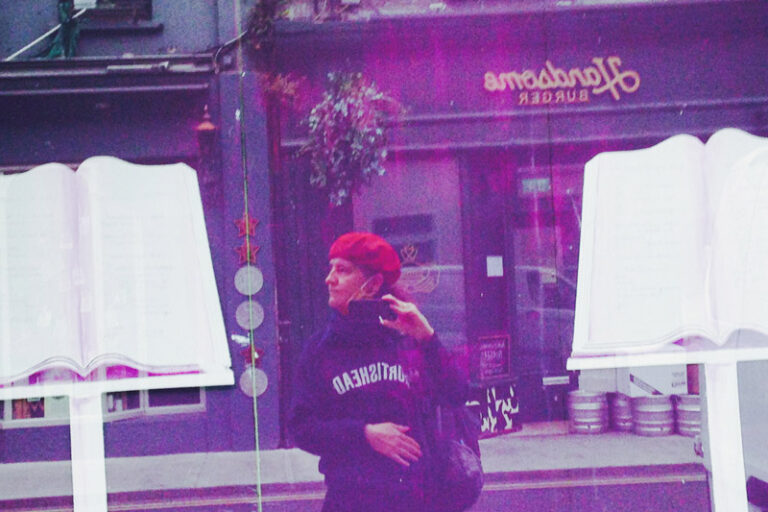 3 Comments → On the hike to Carrantuohill – sheep, elephants and myself