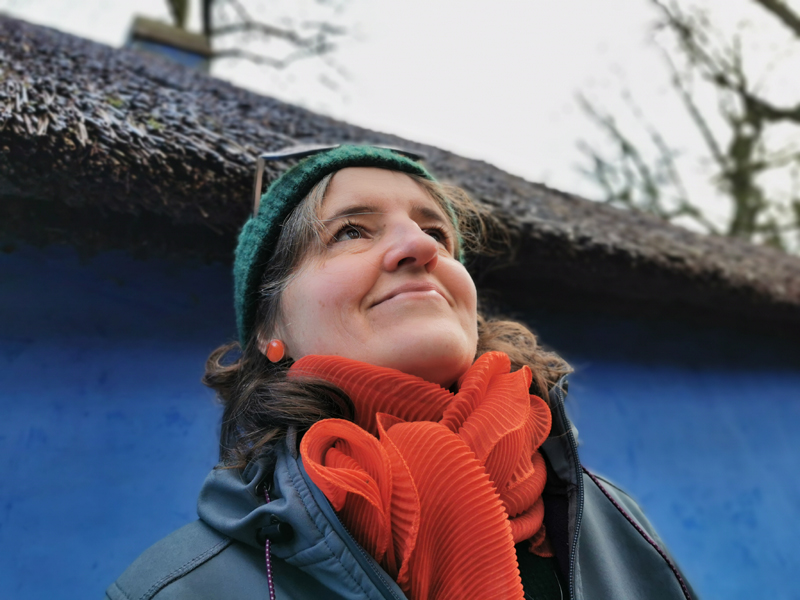 I love to discover charming things in what seems to me well-knowing or ordinary. Sometimes I have an idea of something or someone in my head. But then life overthrows walls of my thinking and as if by magic or twisting Arabela’s ring, it takes me to a wonderful world, but this is the same world that I supposedly know. Where the raindrops like blue slides in a kaleidoscope form a Socratic sentence: I know that I know nothing.

So it was one wet Sunday when we went to Bunratty Castle just outside Limerick. The spot on the Shannon River, where the castle is located, has been occupied for thousands of years by the Vikings, Normans, the great Irish Earls, and noble Lords and Ladies. The present structure was built by the MacNamara family around 1425 but by 1475 it had became the stronghold of the O’Briens, the largest clan in North Munster.

Meanwhile, despite the rich history, the castle did not impress me. There were too many narrow corridors, and maybe through my claustrophobia, I didn’t notice anything original. From the tower, the beautiful River Shannon felt muddy for me. However, I had no idea that this is where one of the coolest discoveries awaits me today.

When we left the cold walls, we thought that would be enough and we went along the path towards the park exit, but we then noticed the “Tea Room” nearby, so we wanted to see what it was, but the building was closed. There was only some busker sitting outside by the table and humming a song.

At that moment I saw a big felt ball on the roof pretending to be snow and I felt very happy at the sight of dummy snow. It was a point that an invisible time machine took us to the nineteenth-century town, which was situated near the castle.

Antique lanterns shone in the street and there were shops with old maps, fabrics, grocery, Mc Inerney & Soons factory were made tools and dishes. There was also a pawnshop and a very old post office with antique stamps. It is possible to send letters from this post until today. In addition, we could visit the doctor’s house, small school, and pub MacNamara (Mac’s), where we dropped in for a pint of beer. But they serve delicious homely lunches supposedly.

Some houses had small gardens that could also be explored. And this felt snow on the roofs of buildings. – Gosh, how amazing it is here! – I said and I felt like Alice in Wonderland, who fall by accident into a fantasy world. It was a fairy-tale world indeed. Although it looked very natural and resembled today’s Ireland. But here was Fairy University.

The main road, or actually a few paths, wound from the town to the fields and gardens. Grey donkeys were grazing in the field, the water in the old mill rustled, and we also saw a deer washing its antlers in a puddle. There was no end to surprises, a tabby cat, identical to our Titius, came out around the corner, so we laugh that he came here before us.

The country houses and shops in Bunratty Folk Park have been selected from different areas in Ireland to form a fine collection of 19th-century buildings. There is a horizontal mill reconstructed based on the results of the excavations in Mashanaglass near Cork, Byrne’s building from County Mayo, or the blue house of fisherman from Kerry.

What I liked the most was the walled garden situated on the hill with a beautiful country view. We will return there one spring day and will sit in a niche surrounded by roses, eat lunch. And we will breathe the past, which in Buntarry turns into present-day tasting and it has the power to transform us into children joyfully run along the path of the fairy’s trial. Bunratty melts the grim moods and although there is still a felt snow on the roofs of the buildings, the town smells like spring. 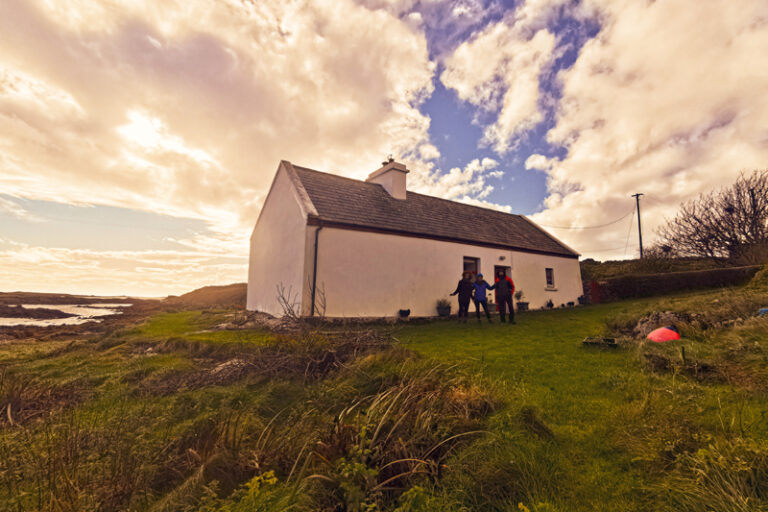 Staring at the Stars 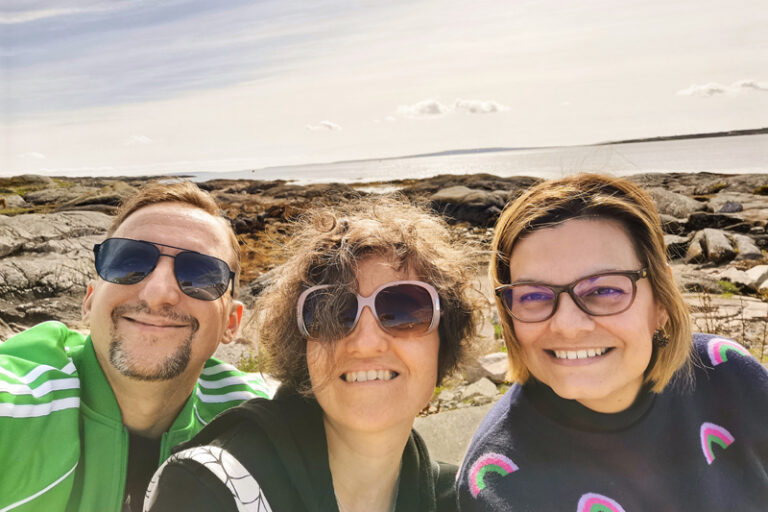 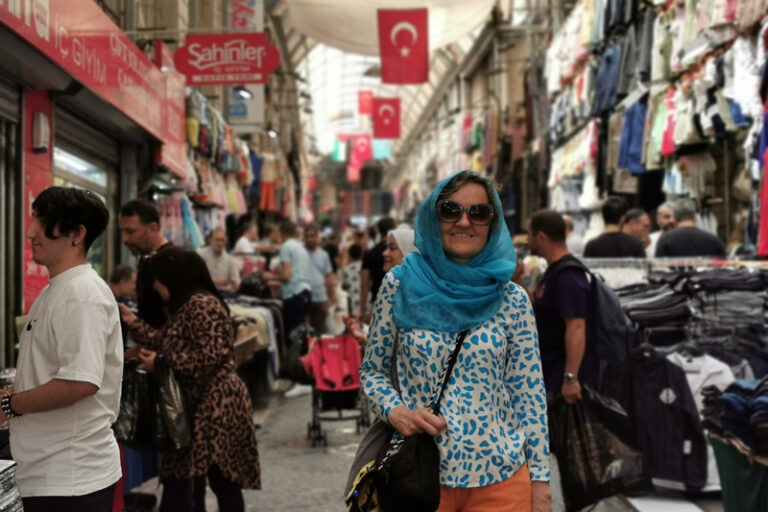