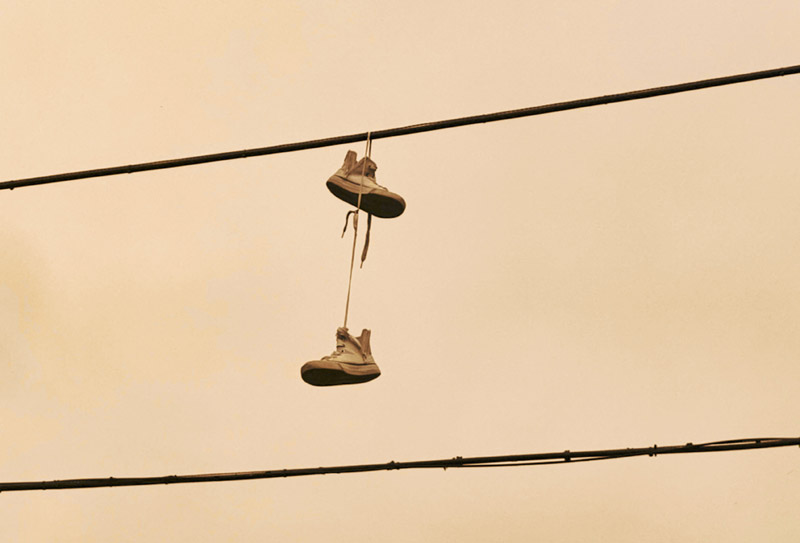 Sometimes a part of us gets hung up on the power line like sneakers that have been spinning over Distillery Road in Galway for few days. Have you ever wondered why someone throws shoes on the electric wire in your city? I always thought that whoever did it, wanted to show cleverness after a few beers. Although I have to admit that the sneakers in every position arouse my sympathy.

Meanwhile, it turns out that shoe-tossing is a ritual with traditions. First, it was popular in the USA, Canada, Great Britain, Australia, New Zealand, Argentina, Mexico, and Ecuador. Currently, you can observe this thing in the world. But it still remains a mystery.

Perhaps it comes from a wedding tradition practiced in Victorian England when guests threw their shoes at new married to wish them good luck. And the Bride was tossing shoes instead of a bouquet.

In some cultures, shoe-tossing onto power lines is a sign of ending something or starting another life challenge. It can be the end of the school year. What the students from Galway probably did. This practice is sometimes practiced by skaters when they manage to perform a difficult trick for the first time. Sportsmans or soldiers also do it. In Melbourne, Australia, there is a city corner where people notoriously toss their shoes on electric cables to commemorate something they have just experienced, or to take a photo.

In 2005, Ed Kohler from Minneapolis has created the term shoefiti to describe shoes hanging. It is a link shoe + graffiti = shoefiti. Because shoes hung on power lines just above the street can arouse admiration, but also outrage, exactly like graffiti. So are they a symbol of freedom or our dreams? Sometimes you can read the inscription on the sole and learn more. Kohler has launched also shoefiti.com which chronicles shoefiti from around the world and trying to find meaning in this common act.

In turn, the Skewville brothers, artists from Brooklyn, New York cut sneakers from wood and started a new form of art and an artistic performance, because people hung up these wooden sneakers in Amsterdam, London, Utah, Tijuana, and Seatle, or South Africa.

The Act of Hooliganism

It happens that it is a mere manifestation of hooliganism, or, as some urban legends say, a signal that a gang is operating nearby. One thing is for sure, it is very difficult to remove hanging and tangled with laces shoes.

In Memory of Loss

Sometimes sneakers hanging somewhere are a sign of memory of a loved one who died in a given place. Or they are as a metaphor for a transition to heaven because these shoes will never touch the ground again.

I also found a band called Shoefiti, which, as they say: – We play and compose with a lot of attention within our own personal clumsy style. So sneakers flying into the air can be a way to mark our uniqueness. They are definitely an expression of rebellion and a manifesto: Here I was.

Professor Marcel Danesi from the Department of Anthropology at the University of Toronto, emphasizes that hanged shoes in various places are very related to human memory.

Just the fact, you leave writing on the wall or leave a shoe somewhere. You have proven to yourself that you exist. Even, it is a kind of illusion. What an interesting feature of humanity.

But if you want to find out why sneakers really hang on the power lines, toss in your own pair and determine what it means? – suggests director Mattew Bate in his brilliant documentary: The Mystery of Flying Kicks, which I highly recommend.

The sources I used:

The Mysterious of Flying Kicks – movie by Matthew Bate.

Inspiration: Sneakers hanged over my street in Galway, Ireland. 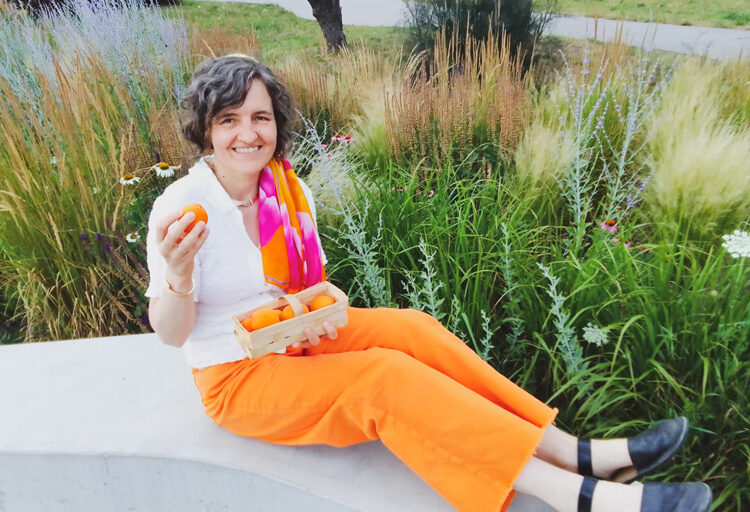 2 Comments → Shoefiti – Graffiti Hanged Up In the Air