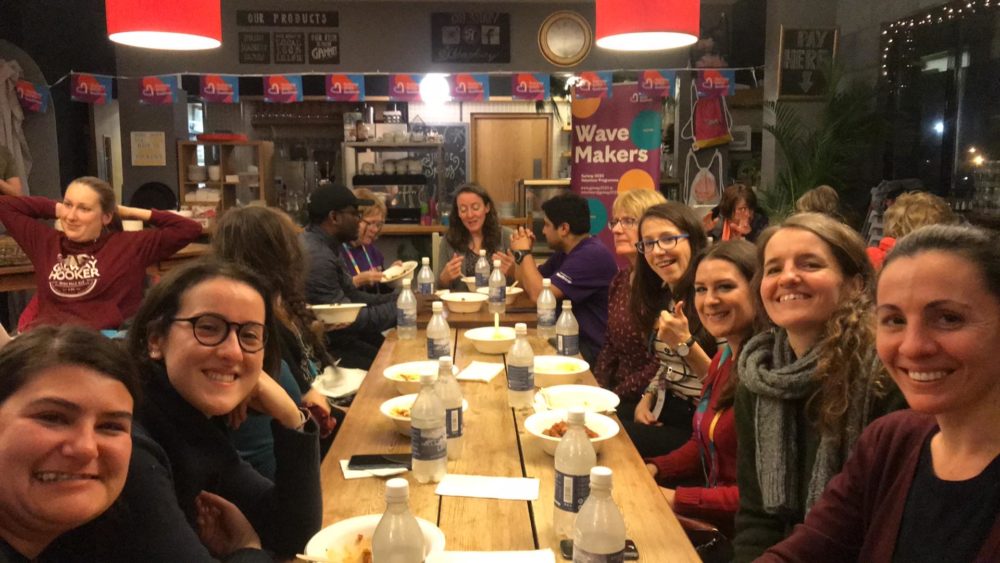 Have you ever had the situation that hostile weather thwarted your plans, just like a storm stopped the opening ceremony of the European Capital of Culture at 8 th February 2020, in Galway, Ireland and overturned the plans of 50,000 enthusiasts?

Nothing replaces the performance prepared by the Wonder Works class-world company. However, even a pressing storm can not stop what was born between people in the rainy city.

On Saturday, 8th February in Galway, the wind was generally between 110 and 130km/h. So, it was impossible to risk that huge installations over the bay could fall on people. The opening spectacle of the European Capital of Culture Galway 2020 has been cancelled.

At the beginning there was a sharp turn for us, the wind bent our backs mercilessly. We all waited for an evening full of attractions. It was supposed to have many amazing performances, concerts, and parades.

For this sparkling moment, guests from many countries came to Galway. Representants from the last year 2019 European Capitals of Culture: Plovdiv from Bulgaria, Matera from Italy, and Galway’s sister ECOC of 2020 Rijeka from Croatia.

I would like to tell you about the meeting with Kami, Desi, Tatyana, Martina, Fidelis, Monika, Elena, Barbara and also Bianca, Jack, Marcin, Łukasz and my husband Maciek.

There were many more such meetings between volunteers in the city that day. They all goes together in a very simple story about how the accumulated enthusiasm for the ceremony turned into fantastic meetings with people.

Maybe you have seen a bunch of Wave Makers in orange jackets, or four girls with pompoms hats rambling around the city. Hooded, wrapped in scarves despite the wind and rain, and even hail we showed Galway to our guests. The four girls could even see the cameral Bank of Ireland Theatre and look at the stage prepared for the performance. And in the evening volunteers had a dinner in the cozy Kitchen Café.

When you dream about meet someone

My friends Bia and Jack took under their roof Kami, a volunteer coordinator who came from Plovdiv in Bulgaria. I met her at Sibiu International Theatre Festival, when we were volunteers.

Bia and Jack had decided to open their doors to a girl they had never known before, when I just called them. It was also a great opportunity to have a cheerful meeting with all of us.

I have to admit that I have escaped such moments, lately and most often I missed it very much. I miss those feelings in hidden, usually. What happened in Galway had reminded me that it is a worth to take care of meeting with our friends, always.

On Sunday it was still raining, blowing and even snowing. We wandered from cafe to cafe. Along the way, we entered the church of St. Nicholas for a moment, where, together with the President of Ireland Michael D. Higgins, we waited until the bell tolls 700 times. Because It was a celebration of the 700th anniversary of the oldest church in Galway.

On the evening we went to Tomodachi Sushi Bar. Where we sat down by the typical Japanese table with room plenty of samurais. We decided to order different dishes, and then we could try them all together. Everything was tasty and very exotic. Except the green dessert reminiscent of a big lump of fresh cake which was controversial to us, but Marcin and Jacek liked it.

The Crane pub and a few notes from Irish Music, it was the final stop. I went there very late after work to say goodbye to Kami, Desi, and Martina.

And that is all I wanted to tell you about. You can see, it is just a simple story, but thanks to such meetings life is beautiful.

The opening celebration of the European Capital of Culture Galway 2020, started without fireworks, but it continues in our hearts.

Let the Magic in!

Guys, thank you for this wonderful time!

What do you think about this post? I am happy with your feedback, Readers. Thank you! 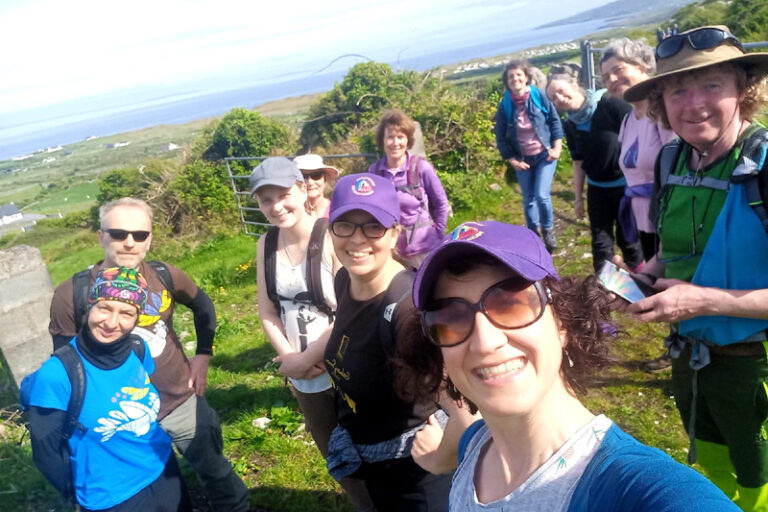 May Burren with Wave Makers 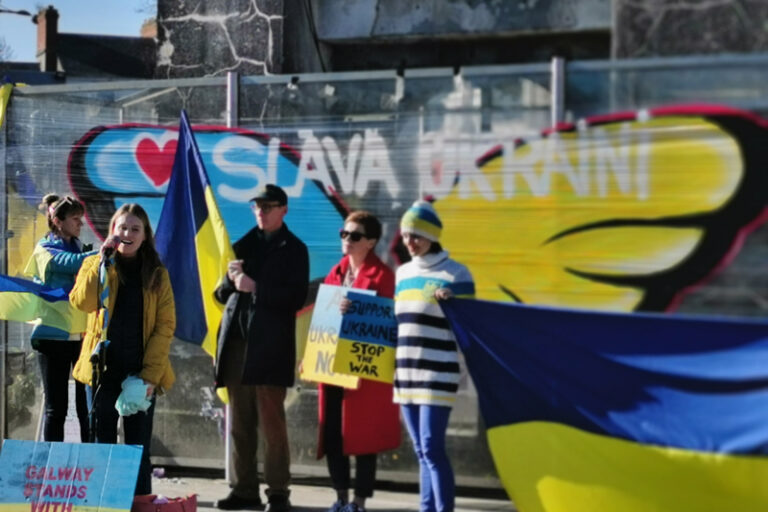 6 Comments → “Life is beautiful because of the people we meet”